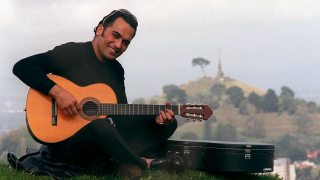 Likely the best import from New Zealand in the mid 90’s, OMC‘s “How Bizarre” was a strange combination of pop, hip-hop and island flavor that took the world by storm and made the duo of Pauly Fuemana and Al Jansson brief superstars. The song charted in various countries, and was the first song by a New Zealand group to top the Top 40 chart in the US.

While they remain one-hit wonders in America, the group had success internationally with singles “Right On”, “On the Run” and “Land of Plenty”. After a brief break-up, the group reunited and released “4 All of Us” in 2007. Sadly, Fuemana passed away in 2010 from an auto-immune disorder. The best way to pay respects is to continue to remember and listen to the songs he released.