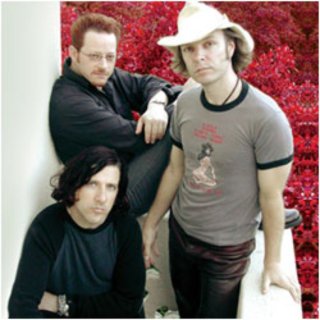 The 90’s are so full of amazing one-hit wonders, VH1 could fill their line-up with list-shows counting them down. One of these notable hits from alternative radio’s early days was the infectious “Dizz Knee Land” from IRS Records band Dada. Like so many other bands from the 90’s, Dada released music far past their debut album Puzzle, but too far less attention and acclaim. In 2004, they released their fifth album, How to be Found, but much like their 2nd – 4th albums, it never recaptured commercial success for the band. Much can be blamed on label troubles, as their original label IRS went out of business, and they signed to MCA shortly before it was bought out. This was the unfortunate fate of a number of bands during that time (and still to this day); good music lost in bureaucratic messes.

The rootsy guitar, low-key vocals, and simple drum beat make “Dizz Knee Land” sound quintessentially 90’s. Though it could be considered a novelty song, as it parodied the popular catch phrase of “I’m going to Disney Land”, the song still manages to feel like an important piece of alternative radio history (and between 2000 and 2008, could even be considered relevant again with its line “I just flipped off President George”). If you’re wearing flannel and in a slacker state of mind, blast this from a stereo and have a nostalgic laugh.