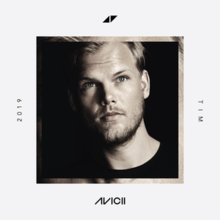 It’s summer time and a light album weekend. In this week is the posthumous album from Avicii, as well as the first solo album from Jane’s Addiction frontman Perry Farrell in decades.

It’s definitely more of a singles-Friday; this week brought us two new songs from Bon Iver and up-and-coming star Dominic Fike. 90’s stars Sugar Ray have dropped their first single in ages, and if you enjoy them you may also be happy to listen to the new singles from Keane, Andy Grammer and Bastille.

If you come from the punk scene, you’ll be happy to hear Strung Out‘s latest single from their upcoming album. You may also be happy to hear a new solo song from Lagwagon‘s Joey Cape, a rocker from the famous Pixies, and a new track from NY troubadour Jesse Malin, produced by Lucinda Williams.

If you are in the mood for some alternative R&B and soul, then try out the new songs from Sampa the Great and Raphael Saadiq. If you’re Australian, you may want to hear new songs from Meg Mac and Boy & Bear.

As always, preview them below, or find them all in our NMF Playlist (link at the top).

Joey Cape – The Love of My Life

CamelPhat – Be Someone (feat. Jake Bugg)

Keane – The Way I Feel

Andy Grammer – My Own Hero