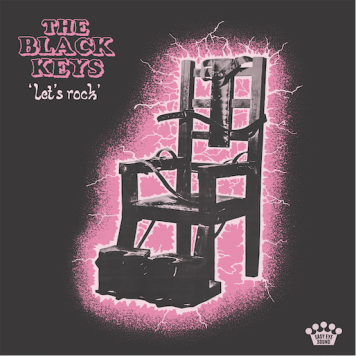 June’s about to end but the influx of new music never does. The big release this week comes from blues rock duo The Black Keys, who have already made some chart waves with the album’s first single “Lo/Hi”. If you prefer your rock a bit more lo-fi, check out the new one by Horse Jumper Of Love (reviewed yesterday here). If you’re looking for some tunes to keep you in the summer mood, the new albums from Pepper or Preservation Hall Jazz Band should keep that vibe going for you.

In singles, the Alabama Shakes‘ front woman Brittany Howard has dropped her first official solo single, with a new album on the way. If you want to stay in that soul mode, try out the new songs from Mayer Hawthorne or Ed Sheeran‘s song with Khalid. If you’re looking for some high-quality rap, the new ones by Joyner Lucas and Skizzy Mars will do the trick.

There are some noteworthy covers this week, with power pop group Big Mother Gig taking on M83‘s “Midnight City”, and The Struts going after the classic “Dancing in the Street”. There are also some new rock bangers to digest from The Hives, Prophets of Rage, Cold and Silverstein. Not as hard, but equally good is the latest single from Run River North, or the new group from Bleachers‘ Jack Antoff, Red Hearse.

Follow our NMF Playlist at the top of the page to listen to all of these, or sample them below.

Horse Jumper of Love – So Divine

The Struts – Dancing in the Street

Prophets of Rage – Made With Hate

Silverstein – Burn it Down

K. Flay – Not in California