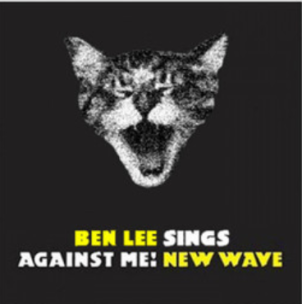 You never know what unexpected things you may find while going down the Spotify rabbit-hole.

Having spent  much time recently listening to Fountains of Wayne, following the tragic passing of Adam Schlesinger, I saw Ben Folds Five come up as “Fans Also Like” section. Clicking on him led me to click on Ben Folds (solo), which then led me to click on the Australian singer-songwriter Ben Lee.

I’ve enjoyed Ben’s music for many years, including his 1998 single “Nothing Much Happens”, and have kept generally abreast of his career, including his collaboration with actor/songwriter Josh Radnor called appropriately Radnor & Lee.

Yet, somehow I missed that Ben Lee did an entire album tribute to Against Me!‘s major label debut (and one of my all-time favorite albums) New Wave. To say this was an unexpected find would be an understatement. As far as I knew, there was little connection between the Florida-bred punk band and the Australian pop rock songwriter, so finding that Lee decided to take on this entire landmark album himself was the last thing I would have expected.

I will let you all judge the album for itself. It’s impossible to top the original, but Lee’s take on the tracks adds in some interesting musical nuances.