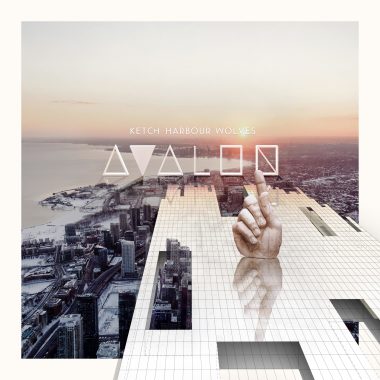 If you’re looking for lush, propulsive indie rock with a powerful beating heart at its center, Toronto/Hamilton-based Ketch Harbour Wolves‘ 4th studio album Avalon will sate your thirst. With a sound falling somewhere between The National‘s solemn yet uplifting melodic songcraft and Editors‘ emotionally scorching synth rock, Ketch Harbour Wolves hit first like a warm breeze, but send chills delving into your soul the further you delve into them.

This dichotomy is given birth first through percussionist Brian Urbanik’s subtle intensity. Throughout the album, the drumming feels purposefully subdued and yet entirely present, and critical to giving each track its building power. The mellow beat on opener “I Will Take Your Word For It” sets the stage for this enrapturing track, with warm synths and 80’s guitar riffs fleshing things out before vocalist Jonathan Tyrrell counters his baritone with a pre-chorus falsetto that skitters into a post-punk delivery on the chorus.

Also contributing to the group’s inherent dynamics is their superb lyrical acumen, combining vivid imagery, personal narratives and ultimately poignant reflection. The opening line of “The Matador” paints a cinematic portrait (“As he sank to his knees, the matador, clutching blood and sequins”) over chugging guitars, industrial drums and dirty synths, and the song continues to build this allegorical narrative that relays a message about finding connection. 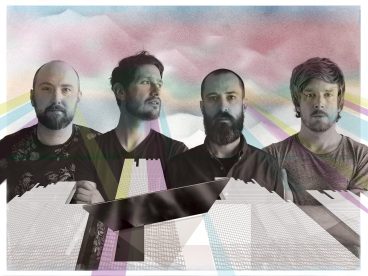 The album takes its title from single “Little Magic”, where Tyrrell yearns to escape to a “distant place called Avalon. An island in the mist where all our modern problems will be gone”. As a vocalist, Tyrrell delivers the lines here with minor flourishes, letting the lyrics dance around over the soft acoustic guitars. There’s an endearing warmth to the song as Tyrrell sings “come back to me I love ya” and “All that we ever wanted was just a little magic”, that dare I say feels like it could inspire some actual magic.

While the majority of the tracks sway and flow at an even pace, when the band does kick up the tempo, it has great results. “Take Us to Your Leader” is an indie rock fight song, with driving electric guitars and a chilling chorus. Everything hits harder and faster on “Blood Money”, a Strokes-ish rocker with an apocalyptic aura. And credit to Liam and Scott Brown, who give “Black 47” a groove and swagger until the gut wrenching ending, where Tyrrell asks “did you come late to the party, where we were dancing in the ashes of the last great century”.

Despite so much dire imagery that reflects the current state of the world, the band’s most powerful song here is the personal “The Way That You Need Me”, a melancholy ballad bleeding with pathos. The track finds Tyrrell holding his newborn son and worrying “What if I can’t love you the way that you need me to?” It’s a question many parents likely ask themselves but are terrified to verbalize, and the open honesty here is endlessly effective.

Avalon feels like the equivalent of a “sleeper hit” in the film world – an exquisite, moving artistic piece that will gain recognition through impassioned word-of-mouth. Make time to listen and embrace this compelling collection.