Song: State of the Union

I was tempted to post this as a Lost Gem, but being that the song isn’t even 15 years old yet, I felt it couldn’t be considered that lost. What “State of the Union” can be considered it a true modern lyrical masterpiece, that grows in power as the song moves closer and closer to its dynamic conclusion. And listening to the it’s content, you may be surprised to learn that David Ford is a British artist, as his lyrics apply so well to our country’s current state and culture.

The link above is to an incredible live video of Ford recording the single playing every instrument himself and adding it into the looping melody. The studio version is a couple minutes shorter but no less dramatic. While the song is from his 2005 album I’m Sincerely Sorry for All the Trouble I’ve Caused, David has a new EP aptly titled The Union that was just released on August 4th, and which I recommend you all check out. 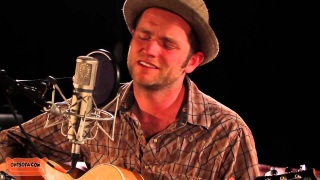