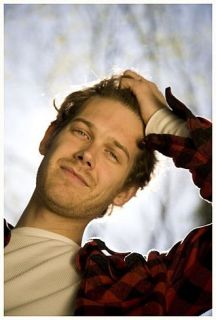 I first learned of Syd in the early days of mp3.com, where his beautiful acoustic cover of Blink-182‘s “Dammit” was making the rounds. His original songs were just as good, and I made sure to see him play in Los Angeles the next chance I got. Through seeing him live, I got the chance to know Syd, and even used a couple of his songs (his cover of Gregory Douglass‘ “Sail the Sea”, and original “Back Home”) for my short film Wasted on the Young.

Following his 2009 EP The Upswing, Syd took a break from his solo career, collaborating with peers for the group Hotels & Highways, drumming for Mia Dyson, and is now a member of rock group Radio Skies. Thankfully, he’s also finally been recording new songs for a solo effort, and releasing them one at a time on Spotify and YouTube. The most recent offering is “So Easily”, an acoustic folk rock ballad which builds on the crest of an elegiac guitar solo into an anthemic conclusion.

Check it out, and then go listen to his first album Week Days, Weak Knees. I still beg him to play “Mexico”, “Letters” and “Summer” whenever I see him :).