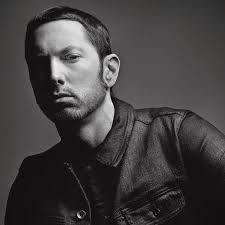 Coachella 2018 headliner Eminem has been a global megastar almost from the release of his first album, but he’s achieved such a huge pop-star status since then, that now he only starts beefs with world leaders instead of artists.

Back in his heyday, among the many of his enemies was alternative blues artist Everlast, who had thrown shade at Shady in a track on his album. Never one to take an insult lightly, Eminem came back with what remains (in my opinion) his best dis track, “I Remember”. Set to a melancholy sample, Em tears the former member of House of Pain apart, dissecting his motivations, attacking his talent, but most interestingly, questioning what lead to the dis in the first place – “How could you dis me bitch? I liked you, thought you was all right for a white dude…What’s up with you? I never fucked with you, why would you fuck with me?”

To this day, the track has never received an unofficial release. It remains available to find on YouTube (and ripped MP3s). Maybe one day Em and Everlast will patch things up, an release an EP that catalogs their entire dis series (Everlast would release a response to this song, and Em would team with D12 to follow-up to that one).