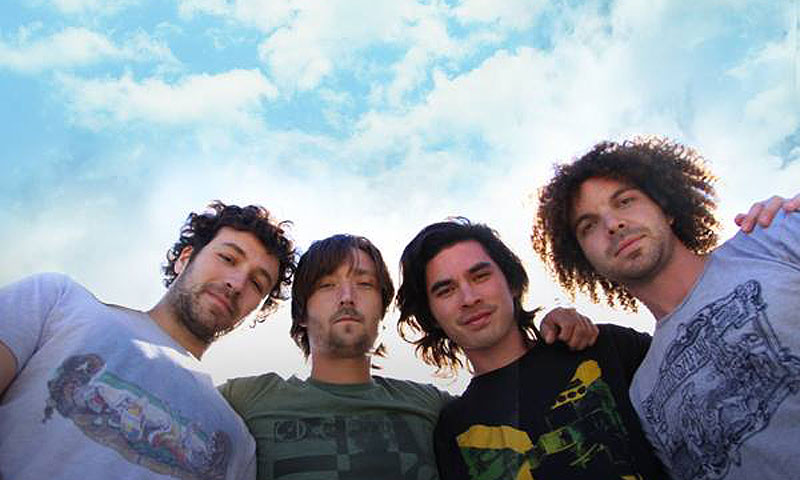 Originally a one-man band created by multi-instrumentalist Scott Woodruff in 2006, Stick Figure has released seven albums since forming and become a nationally-known touring act. Drawing heavily from the roots reggae and dub genres, Stick Figure can easily be categorized on first listen with most of Sublime‘s disciples, including Slightly Stoopid, who contribute to their latest single “World on Fire”.

But, unlike many of the rock groups taking inspiration from reggae and dub, Stick Figure’s original songs, built on looping and layering, reveals Woodruff as a far more advanced musician than many of his piers, and as the latest single shows, he and the group have a knack for stickier melodies than most.

“World on Fire” opens with a delicate pearl drop melody and a beachy acoustic rhythm to create a drifting atmosphere. Woodruff’s vocals are given some effective effects which create a lilting emotional drag on the tune’s lament for money’s corruptive influence on the world. Slightly Stoopid come in towards the end with their unique, dub-heavy delivery to add some extra “fire” to the track.