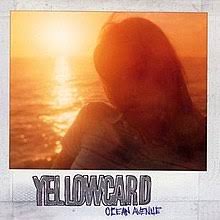 On the night of September 10th 2001, I was at a P.O.D.’s CD release and album signing for Satellite. I had had a few pops, didn’t want to wait in the line and spied a local band, Pound Foolish, waiting in line who I got to autograph my 91X poster instead. I put P.O.D.s sticker, which had the release date for their album, 9/11/2001, in the corner. Somewhere in a box of old journals, CDs, and knick-knacks the corner of the poster rests, commemorating what I was doing on 9/11- nothing honorable. I woke up that morning around 11 or 12, not having school or work, and loped out to the TV to find the world I had known had changed. But, P.O.D. be not celebrated in this banger. Rather, celebrated and thanked are Yellowcard, early 2000s pop-punk darlings.

On their major label debut Ocean Avenue, released July 22, 2003, they enjoyed mainstream success with a solid album and a string of tight violin-fueled singles. The 11th song though still stands out and is the my go to as well as a stalwart of any Yellowcard show that they play. It’s called “Believe.”

In the days and weeks following 9/11 many bands, artists, poets, writers, and everyday citizen sought to honor the sacrifice of the first responders or looked to inspire a nation that had seen its perceived invincibility come crashing down. “Believe” is written as a letter directly to the first-responders who survived and about the police and firefighters who died trying to save so many doomed people in the Twin Towers:

The band found all the addresses of the first responders in the Tri-state area and sent them a CD with song to show the thank you that the song claims.

There are countless efforts to memorialize the tragedy of 9/11 and to say thank you to the people that saved so many, but this one just yanks the shit out of my heartstrings and I hope it does yours too.