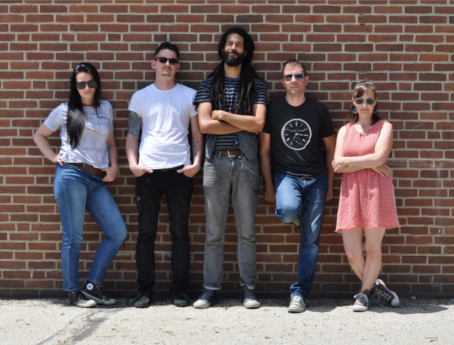 Fang Fang are a mighty five piece punk rock band from Philadelphia, Pennsylvania who have been fighting the good fight since 2004. They recorded their first self-titled album in 2008, and have released two other albums since.

On their latest single, “Ghost Fight”, the group sounds like the Pixies having a gang singalong after taking a bunch of sunshine happy pills. The track has the grease and grunge of great Philly bar rock with a bubblegum chorus that is nothing short of exuberant.

Visit their website to find ways to support this up-and-coming band. Or just stream the hell out of the new single and their other tracks on Spotify.