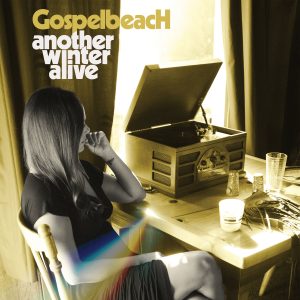 So today is the final day of November, meaning it is the end of the Indy Review’s music calendar year. As we start to tally up our favorite albums and tracks of the last 12 months (and readying our Best Of lists), we’ll be considering all new releases coming out as 2019 tracks.

So what does the start of the 2019 calendar year offer us today? First, our friends in GospelbeacH have put out a collection of new songs and live cuts that should be some easy and breezy winter listening. There’s also the official full-length album from 2018 break-out rapper Skizzy Mars, and an EP from the ever-reliable Mountain Goats.

In singles, Canadian folk pop group The Strumbellas are back with a joyous new single worth a listen. Coldplay and Pharrell have teamed up for a song under the band name Los Unidades for a charity EP, Cold War Kids dropped a new track as part of a new collection, and Arctic Monkeys revealed a b-side.

There’s also spiffy new Americana songs from singer-songwriters Ryan Bingham and Hayes Carll, some punkier songs from Mona and Say Anything, a smidge of pop from Alice Merton, and a new single from Chance the Rapper.

Find all of these and more below, as per usual.

Bob Mould – What Do You Want Me To Do

The Decemberists – Traveling On

Kevin Devine – I Wrote It Down For You

Say Anything – Send You Off

Conor Oberst – No One Changes

Chance the Rapper – My Own Thing