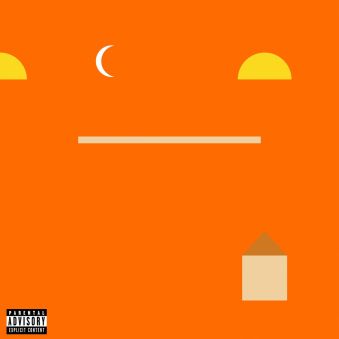 Mike Posner first came to attention with his 2010 pop/hip-hop single “Cooler Than Me”, before conquering the world with his 2016, Avicii-referencing “I Took a Pill in Ibiza”, whose Seeb remix became a massive smash, and currently has over one billion streams on Spotify.

This kind of success can’t shield anyone from the cruelties of life: Posner was hit with the one-two punch of his father dying of cancer, the suicide of friend Avicii, and the crumbling of a relationship. These tragedies would heavily influence Posner’s latest album A Real Good Kid, which expands upon his hip-hop and pop influences, incorporating folk, rock and alternative sounds into the mix. The results are an eclectic, thoughtful and rich album that, aside from a few moments of clunky lyrics, is a great leap forward for Posner.

An introduction asks listeners to take in the album as a complete piece without distraction – a risky move as it places an aura of self-importance on the collection – but I did my best to listen as instructed without bias.

Album opener “January 11, 2017” shoots right to the heart of the A Real Good Kid – the death of Posner’s father. Soulful vocals and heart-wrenching lyrics of Posner recalling the day of his father’s death and its aftermath hit an emotional bullseye. The small details he describes, like finding joints in a drawer and his sister smoking them, add authenticity to the track. A couple lines fall flat (“January in Detroit is cold as fuck”), but otherwise, it’s a powerful start to the album that carries us into “Wide Open” perfectly.

The atmospheric production and angelic chorus of “Wide Open” are beautiful, and I would say that the electronic and synth elements added in are unnecessary, as it perfectly stands alone as an acoustic song, and it almost feels like Posner is afraid to let go of some of the accoutrements of his former work. Though the song is grand on the whole, the melding of different styles doesn’t work as well here as it does on later tracks, like first single “Song About You”.

Combining hip hop phrasing and bluesy guitars, “Song About You” is the first track to address the end of Posner’s relationship, and he smartly delivers the lyrics with a cool detachment that fits with the lyrics, which find Posner wanting to detach himself from his former lover. It’s not an instant hit, but more a song that grows on you as it you let it sink in on repeat listens.

The album takes a more upbeat, positive turn on “Move On”. The feel-good acoustic pop finds Posner wishing for Tracy Chapman‘s friendship as he works on getting past the recent tragedies. It’s a perfect track for Adult Contemporary radio, even with the funky guitar line thrown in. The narrative hints that the album will be moving in a brighter direction, but the schizophrenic “Drip” puts aside these hopes. Going from heavy beats with distorted, auto-tuned vocals, to lilting harmonies over simple instrumentation, the track finds Posner addressing a distraught friend he isn’t sure will survive her lifestyle, and moves into a spoken-word breakdown with Posner screaming ‘It’s not fucking all good!” There’s certainly some pretentiousness to the overloaded number, but the sincerity in Posner’s lyrics, combined with sparse moments of beauty, saves the song from being weighed down by its own ambitions.

“Drip” ends up being the most destructive of the songs on the album, and we’re given a respite with the second half of the album. “Staring at the Fire” is toe-tapping indie pop that almost feels like it could be part of a musical in its deep descriptions and afropop percussion. Its followed by the gorgeous “Perfect”; opening with lush piano and light synths, the 80’s-inspired ballad evolves into a funky, Peter Gabriel-style combo of saxophone, backing choirs and multilayered tracks. From the Gabriel influence, we move to “Stuck in the Middle”, a chill, easy-flowing folk song with a Paul Simon vibe.

Album closer “How It’s Supposed to Be” aims to go large and intimate at once. Through wispy vocals, Posner comments on our gun culture and climate change while also looking inward at how he’s caused pain while dealing with his own. The song contains some of his best lyrics, and with the influx of electric guitars and a raucous drum breakdown, ends A Real Good Kid on a rocking note that caps off the emotional ups and downs of Posner’s journey.

While Good Kid sometimes suffers from overly-simple rhymes and a reliance on electronic elements, the majority of it shines and is a strong showcase for Posner’s artistic growth. Listen below and let us know your thoughts: