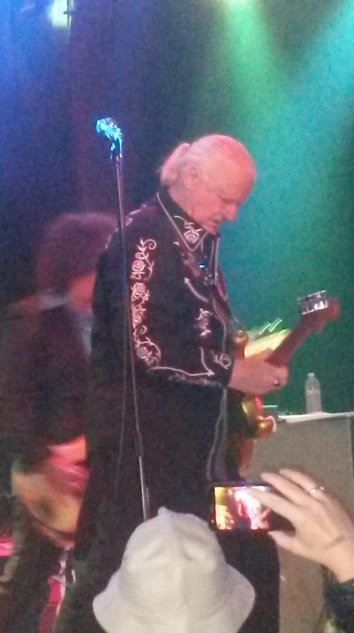 Dick Dale, the legendary king of surf guitar, who’s song “Miserlou” found its indelible place in pop culture history in Pulp Fiction, has passed away. A Lebanese immigrant, Dale learned to play Middle Eastern scales as a child, which would influence his unique style and sound that would become known as “surf guitar”. An unlike the Beach Boys, Dale was an avid surfer.

Dale would be an influence on guitarists ranging from Stevie Ray Vaughn to Eddie Van Halen, and his music would be sampled later by groups like the Black Eyed Peas. Though he didn’t record much in his later years, he still toured frequently to keep the legend alive.

I was lucky enough to see Dale live a couple years ago at the Whiskey, and even at his age, he proved he was still able to shred. While his reasons for still playing were unfortunate (word is he needed to tour simply to pay for the medical treatments he needed to stay alive), I’m forever grateful to have had the chance to hear him play in person, as his songs birthed my interest in surf music.

Take a listen to some of his greatest compositions, and bow down to the king.