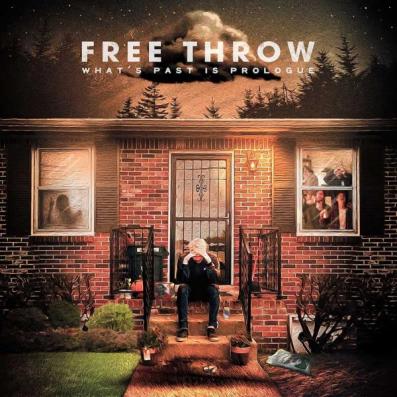 Emo is at its best when the singer taps into the throbbing vein of insecurity, depression, broken relationships, and the desire to rise up and get a bit better everyday (so emo is always at its best right? ;). Great emo comes around to also realize that a catchy hook and self aware humor is also necessary to be a bit more accessible.  Thursday‘s arch angst ignores the latter part while Brand New‘s 2000 opus Deja Extendu embraced the macabre and the commercial.

Free Throw’s third full length, What’s Past is Prologue, is emo unafraid to capture the essence of pop-punk simplicity. Out of the sweet slow downs, the choruses and verses find catchy rhythms that sound a bit like Against Me! and the deep dive into personal strife echoes that band as well.

The album is a testament to the power of turning your therapy journal into the substance for your album (“How the fuck did I not think of all this before” concludes an analysis of emotions and actions). Lead singer, Cory Castro walks us through the challenge of turning away from easy answers of booze and distraction to look deep into the heart and see how many mistakes have been made. It takes responsibility for those errors and admits that these issues are likely part of life with improvement predicated on the continuous journey of self-realization- “To think that I’ve wasted my whole life chasing my pipe dreams with shots and a whole lot of beer” goes the chorus on the standout single “The Corner’s Dilemma.” 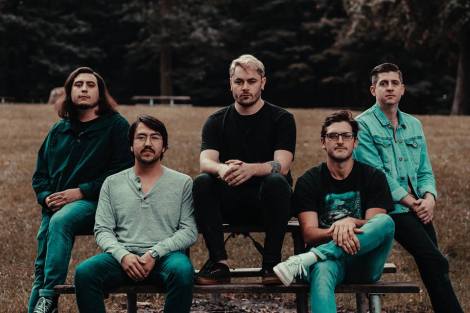 Their past releases haven’t been shy about acknowledging trials such as drinking, drug use, and damaging self-image issues but according to the band this album is an effort to admit that things have got to change. In that, it reaches a universal appeal (“There’s something hiding in all of us… There is no map / Only a compass / We are all somehow explorers of a new frontier”). No matter if you are an alpha personality who feels they are the master of their universe or an intense introvert whose empathy never turns off, the album speaks to the quiet moment when you exist within yourself and friends and family don’t seem to be able to help but when you “breathe in the air / a certain moment of clarity can show you what’s there / even through all the hate… let the sun provide atonement.”

While I swoon with the concepts, the 12-song album runs a bit long losing diversity in the middle but each song on its own tries to dive into failure or success and look at that object for what it is. However, stellar songs, “Smoke, Let’s Go,” “Tail Whip, Struggle,” “The Corner’s Dilemma”- on the front and “Cerulean City,” “What’s Past is Prologue”- on the back bookend a solid album. It’s an album of trauma reflected upon that rides easy listening emo.

Free Throw is making an opening gambit for a future beyond the two album career of break-up songs and laments of too much booze. There’s a lot of bravery in being so personal, but when that happens magically our human natures make those concepts so universal.