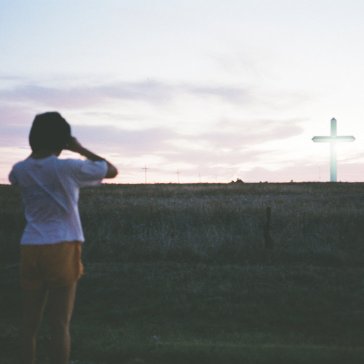 Craig Finn‘s world is filled with derelicts and wanderers. Drug dealers, down-and-out poets, punks and hopeless romantics. He’s established himself as a bonafide rock n’ roll storyteller, both as lead singer of The Hold Steady, and in his most recent solo work. For his second solo album, I Need a New War, little has changed in Finn’s knack for regaling listeners with his intricate recounting of the lives and journeys of his various characters. What has evolved is his musical palette, expanding beyond the Replacements meet Springsteen blue collar rock, and dipping his toe into Motown, classic R&B and New Wave to enhance and diversify each song’s texture.

Album opener and first single “Blankets” has a moody, jazzy groove to soundtrack Finn’s wanderer hero, as we hear of his relationship collapse, an escape from the city and news of his waning health. Harmonica comes in to add an ominous atmosphere, as Finn sings with solemn awareness “you travel your life just to get out to the place you’re gonna die.”

“Magic Marker” has an old 50’s rock vibe, chiming with organ and a backing girl group vocals. The subject matter is completely modern day Finn though, with the song’s hero getting “pistol-whipped in Portland” in between running and using drugs. It would be dark, if not for the triumphant Motown horns lifting everything into the air for the swinging ending. “Indications” captures the vibe of a classic jukebox prom song with its instrumentation and guitar tones.

Things get moodier for “A Bathtub in the Kitchen”, which relies on a sparser arrangement and light synths, as Finn’s character finds himself getting a helping hand from someone who may be just as in need of help as him. Things remain somber for “Grant at Galena”, an acoustic ballad about a man broke and in debt, who “needs a new war”, an apt metaphor for seeking a full-life disruption. The track runs a minute too long, but thankfully builds to a lush, fulfilling ending. The closest to a tearjerker the album has is “Carmen Isn’t Coming in Today”, as Finn spins the tale of a woman meeting a broken man in a bar and trying to fix him.

For the most part, the energy of I Need a New War is positive, despite the hardships and downtrodden times faced by Finn’s cast of characters. Both musically and lyrically, the track that best embodies this is “Something to Hope For”, where a strutting beat, hymnal horns and even some maracas get into the act for what could be called indie rock gospel, with Finn promising “Johnny, I’m gonna take care of you. I want to give you something to hope for.”

As the album closes out, first with the bluesy, sax-filled “Her With The Blues”, and “Ann Marie & Shane”, the atmosphere retains a joyfulness; a feeling like no matter how many troubles we have, if all the derelicts, junkies and vagabonds painted in these songs can make it through, then we certainly can too. As “Ann Marie & Shane” builds into a finger-snapping rock n’ roll riot, you’ll find yourself dancing without a care, even if you realize you’re one of the “sinners who don’t get saved”.

The album comes out April 26th. You can find the first singles below:

“Something to Hope For”