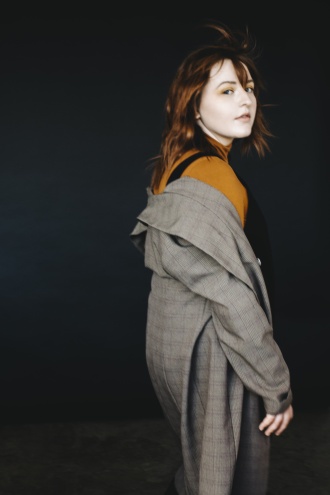 Song: “Messed it Up”

Anyone out there who still believes the life of a working, independent musician is glamorous hasn’t spoken to an artist like Alexandria Maillot. The Vancouver Island native played numerous festivals, toured across Canada and the EU, and was even featured on the Oprah Winfrey Network, yet still found herself working three jobs and living paycheck-to-paycheck.

After moving back home into a cabin in her mother’s backyard, Maillot set to work regaining her health and writing songs for her upcoming sophomore album. One of these tracks, the first single “Messed it Up”, she describes as “an open wound that’s desperately yearning to be mended.” What you’ll hear when listening to it is an emotional indie rock burner, built on layers of subtle guitar riffs, bubbling bass melodies, and Maillot’s soaring vocals that are equal parts sorrow and regret. She shows an incredible skill for speaking volumes through minimalist lyrics; “Trace fragments of you babe, loose under the bed, loosening my head”.

Here’s hoping that this second album gets Alexandria Maillot the deserved attention that allows her to make music her only job. Check out this stand-out track in our Check This 2019 Playlist below: