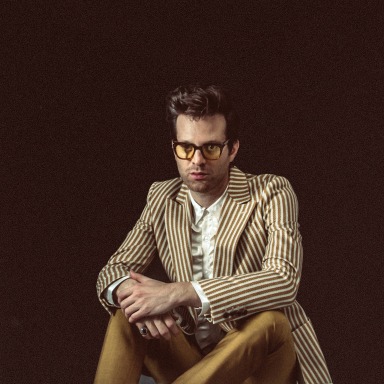 So it doesn’t really need to be said that the world is not having its best days right now. A global pandemic, a crashing economy, climate change, fascist governments taking control across the world…

Music remains one of the few constant good things, with the right song still holding the power to lift our spirits.

But then you get back up

One of the great “pick me up” songs out there remains singer/songwriter/DJ/producer Mayer Hawthorne‘s single “The Ills”, off his 2009 album A Strange Arrangement. The upbeat soul-pop jam  directly references past disasters like the flooding of New Orleans after Hurricane Katrina, but it remains an anthem for all times of distress. It’s always succeeded in lifting my spirits.

Most recently, Hawthorne has been releasing a series of singles, the latest being “Chasing the Feeling“, co-produced by SebastiAn. Check that out below, along with “The Ills“. Also, Hawthorne is doing a Wine & Vinyl livestream TONIGHT at 6pm PST. Watch it on Youtube here.