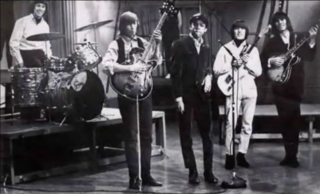 Canadian R&B group The Mynah Birds are more famous of the people who played in the band during its short life span than the actual music they released. This isn’t too surprising considering they only released a couple of singles during their 3 years as a group from 1964 until 1967, as issues with their manager and Motown records lead to their recordings being left unreleased.

That is, until 2006, when their long lost single “It’s My Time” was finally put out on the compilation The Complete Motown Singles, Vol 6: 1966. The song has everything that made early Motown great: sharp vocals, melodic guitars, harmonious call-and-response backing vocals. It’s all simple, perfect soulful goodness, and it’s a shame it took 40 years for it to come back to the world.