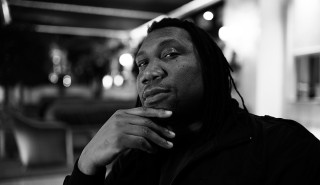 The more I attempt to listen to current Top 40 music, new subgenres like mumble rap and trap, the more I miss the old school rap and hip hop of the 90’s. I don’t care if it makes me seem old or out of touch – it was better music. You could actually HEAR the lyrics and understand them, and they had a whole lot more depth to them than what I can decipher from most of these current mumbling rappers.

Take KRS-One‘s “Sound of Da Police” (from Return of the Boom Bap), released in 1993. It’s a tale of police abusing their power and harassing innocent black citizens. Sound familiar? Sacramento would tell you so (as would hundreds of other families in the U.S.). It’s as relevant today (sadly) as it was when it was released, and that’s a testament to KRS-One‘s lyrical ability. And KRS-One doesn’t just write socially conscious lyrics – he also got involved, working with the Stop the Violence movement after the death of his former musical partner Scott La Rock. That was truly “keeping it real”.

Put this song, or anything on Spotify’s Old School Hip Hop playlist against 90% of what’s on the Billboard charts today – it’ll be no contest what wins.