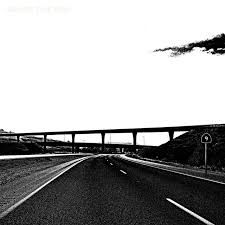 Saves the Day, emo/punk rock vets, are releasing a full-length, 9, on October 26th and to gin up some excitement they’ve released their second single, “Kerouac & Cassady.” A thick Queens of the Stone Age style riff underpins the chronicle of touring, partying, and “get[ting] lost” – On the Road (see title; creative right?) during their two decades as a band. Chris Conley’s distinctive high-pitched singing is produced to a smooth birdsong and there are enough changes in tempo to stay interesting.

But, ultimately it’s a safe, radio-friendly song with a catchy chorus and a very danceable beat(nik style- see that?): “Come on let’s go / let’s get lost / climbing in a big black van / on the road again / Come on let’s go / we’re taking off / playing our favorite songs on the radio.” Ostensibly a fond reminiscence of touring adventures it’s ends melancholy with Conley singing “20 years in to a lifelong endless tour”, so at least we know it’s Saves the Day. This all makes sense because touring can be nuts, but, if movies about band tours have taught me anything, not all always goes well (or is particularly interesting).

So, there’s some musical progression and a song that will likely appeal to a broad audience. But, to me, it falls flat and lacks an edge that I hope is hidden in pockets of their new album getting released soon.