Independent singer-songwriter Lane Simkins launched his journey into music in 2016 with the release of his first single, “Please Don’t Go”. Since then, Lane has been slowly adding to his musical catalog with a steady release of singles. His latest song, “Cycles”, premiered February 8th, and he was kind enough to give us a bit more information about the song, his recording process, and his musical inspirations.

The Indy Review (IR): Can you tell us the story behind the song?

Lane Simkins (LS): Cycles was written after a car ride. I was on my way home from a therapy session when I realized the simple truth that “I control this car. Maybe if I just keep driving I can get away from the constant cycles I’ve been stuck in. Maybe I can just run from the past relationships, maybe I can run from God,” which was not true. My problems remained present wherever I went after that!

I think we all get “Stuck” sometimes. If not stuck, I think we can all relate to the feeling of not belonging or not feeling at home. That may be in seasons or maybe it has been your whole life you’ve felt like that. “Cycles” tells the true story of trying to break the habits, patterns, and unfortunate cycles of life.

IR: Could you tell me a bit about the recording process? Did you handle all the playing yourself, or do you have regular collaborators?

LS: I did all of the recording/playing myself except for drums! All the tracking was done in a little apartment in southern New Jersey. Not too far from Philadelphia! I had a fellow producer/friend of mine, Shane Becker (who goes by his artist name “Indian Run”) produce and record the drums/percussion. As for mixing and mastering, Zach Hughes of Lost Harbor Music in Nashville TN was able to get his hands on it to mix and fellow Nashville guy Sam Moses provided a killer master on the track!

IR: Who/what would you say are some of your musical influences? How has Jersey, with its rich music history, played a part in your musical growth?

LS: Growing up in Jersey honestly hasn’t played a huge part, with there being people such as Springsteen, Bon Jovi, Sinatra, etc. Most of my musical influence came from a Beach Boys mix someone gave me when I was 5 or 6 years old! Mostly tracks from Pet Sounds of course, haha! I grew up listening to classic Singer/songwriter and country with my dad. More specifically, people like John Denver and Dan Fogelberg!

IR: What plans do you have after this single’s release? Are you planning on releasing an EP or album, or touring?

LS: After this release, I have a few other tracks in the works! They most likely will be released as singles. I don’t plan to drop the full EP or album yet due to some struggles as an independent artist. BUT the music will keep releasing in some capacity, either small or large, over the next few months and into the rest of 2019! I am currently working on booking summer dates that will mostly take place on the east coast. But I am hoping to travel a bit farther! Not sure what opportunities the future holds but i’m gonna keep pursuing them! 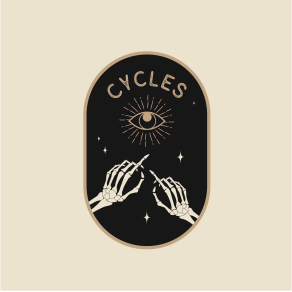 If Lane Simkins continues to release songs as strong as “Cycles”, he hopefully won’t remain an independent artist for long.

“Cycles” is an elegiac tune, with gently picked acoustic strings and thoughtful lyrics. The production is wisely sparse, with only a few extra accoutrements enriching the song, and Simkins’s warm, dramatic vocals easily weave their way past any emotional defenses you try to put up.

Check it out below: