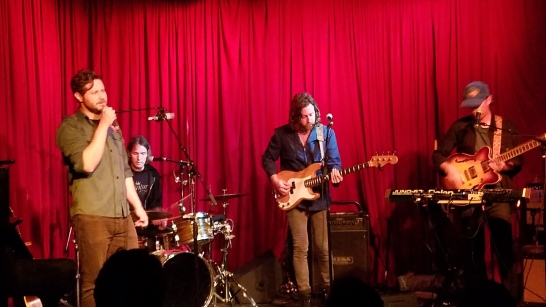 Regular readers of our site will know I’m a longtime fan of singer-songwriter Dan Mangan. His single “Fool for Waiting” was my number one song last year, and he was kind enough to do an interview with in lead-up to the release of his latest album, More or Less. Yet, I had never seen him live. That changed last night.

That changed last night, as Mangan finally made his way back to Los Angeles with a full band in tow. And any expectations I had were met and beyond exceeded.

Opening the night was another singer-songwriter, Rett Madison. While she endearingly stumbled through some of her on-stage banter and story-telling, her tunes were delivered with a delicate and compelling passion. Even more impressive than her soulful, robust voice were her thoughtful, poetic lyrics which continued to impress me through her set. If you’re a fan of Julien Baker or Phoebe Bridgers, Rett will fit perfectly in your playlist next to those two talents. 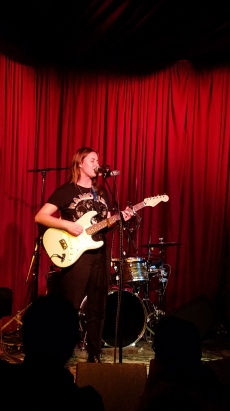 The first thing one could tell when Mangan took the stage is he had what so many musicians in his genre lack – stage presence. There was a clear confidence in his playing and interaction with the audience that made him all the more watchable as he began his set. It was also clear that having full band made a big difference, especially as he pivoted from a tease of one of his newer songs into his classic “Road Regrets”. The band brought a rock and roll fervor to the track that left an indelible impact. They would also be pivotal later for the blood-pumping “Troubled Mind” (which Mangan will be playing on Jimmy Kimmel Live for a future episode).

While the band was a blessing, Mangan showed he can clearly dominate a stage alone, with only his acoustic guitar to accompany him. During a solo part of his set, he played a beautiful, unrecorded song written during the time between putting his kid to bed and reuniting with his wife for the remainder of the evening. Let’s just say I hope he records this song soon. He also played the moving “Baskets”, and our favorite, “Fool for Waiting” (where the band joined for some harmonies). 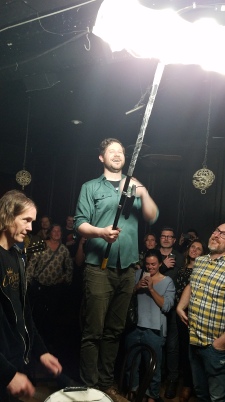 As the song moved towards its close, Mangan brought the audience into the act, having them sing the harmonies for one song he performed on stage, and an incredible closing performance in the middle of the audience. Turning off all the venue lights, Mangan lit a self-made, illuminating item he dubbed “the hammer”, and lead the audience in a multilayered number which turned the show from a performance into a true experience.

Between getting booked on Kimmel, and gaining celebrity fans like Rob Thomas and Rainn Wilson, Dan Mangan is finally getting some of the recognition he has long deserved in the states (he hails from Canada). If he comes to your town, I highly recommend catching while you can.

Check out his latest album here:

I also had the pleasure of chatting with Dan after the show. 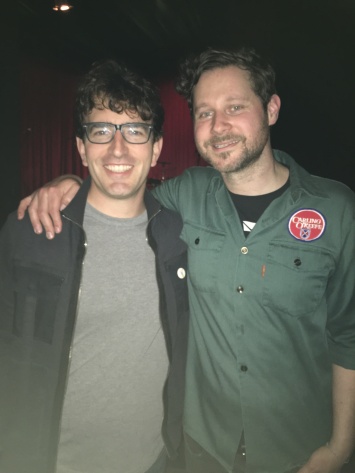 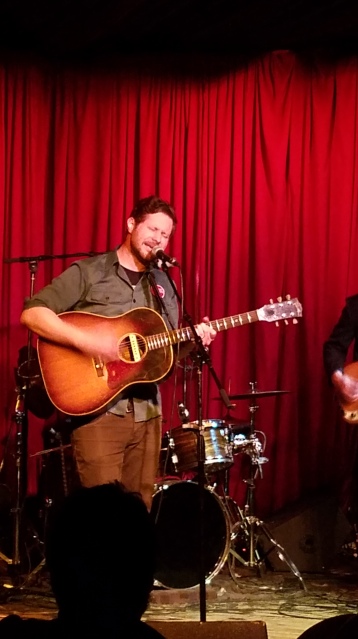