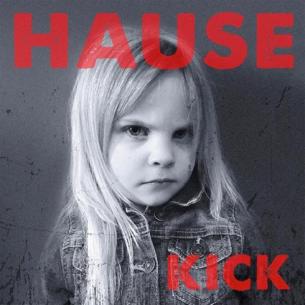 So it’s Coachella weekend, but if you’re like me, the line-up wasn’t exciting enough to justify a hot, expensive weekend in the desert. While I’ll be COUCH-elling it here in LA, there is still some great music to be heard even if you’re not in Indio.

Point one – there are two great rock albums dropping today. The first comes from former Loved Ones singer Dave Hause. I’ve had the first three songs from the album spinning on my playlist (with “The Ditch” also spinning in my head constantly). The second is one of the best rock albums of this year (see our recent review) from North Carolina’s Reese McHenry. You won’t go wrong listening to either of these.

Point two – There are solid new singles from a variety of different artists. First comes from 70+ Calypsonian artist Calypso Rose, who has rerecorded her song “Young Boy” with help from soca start Machel Montano. Calypso will be playing Coachella this year (the oldest artist on the bill), so if you’re there, def. check her out for a fun and tropical show.

We also get drops from three alternative rock heavyweights – Silversun Pickups, The Raconteurs and 311, in anticipation of new albums coming out this year. A post-humus Avicii album was recently announced, and the first single from that album hit earlier this week, and features Aloe Blacc, who launched his career with Avicii’s chart-topper “Wake Me Up”.

Mark Ronson has a new single out with Lykke Li, and for you Adult Contemporary listeners, new music from Rob Thomas, Josh Ritter and Norah Jones. Enjoy all these and more in our New Music Friday Playlist!

Damien Jurado – In the Shape of a Storm

Silversun Pickups – It Doesn’t Matter Why

Josh Ritter – All Some Kind of Dream

Meg Mac – I’m Not Coming Back

Yeasayer – Fluttering in the Floodlights