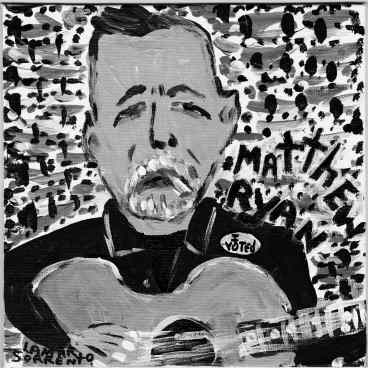 Sometimes the best thing you can get out of troubled times is great music inspired by it. In his own words, singer-songwriter Matthew Ryan felt a “pressure” watching “the divisions and disinformation; the rise of authoritarianism, propaganda and tensions; and the seeming fundamentalist lean and zeal for profits and deregulation over the convulsing environmental concerns here in America and world-wide” and from this pressure wrote “On Our Death Day”, a resonant and affecting folk lament for our current times. 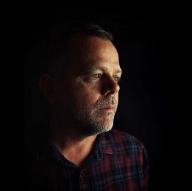 While certain lyrics don’t attempt to hide where Ryan’s concerns lay (“When the city’s a bone and desert and the farms are poisoned dirt”), he never loses his poetic touch, channeling the greats like Bob Dylan and Neil Young in the imagery and references he uses (“There’s a vulture with his head down, the Captain’s butchering Gunga Din”) and connects himself to a lineage of fellow masters while calling out to his an ephemeral “Mary” in the chorus. Musically, Ryan also shows a knack for leaving space in a song for his empathetic voice to resonate, carrying over the gentle acoustic melody and muted percussion to allow his words to leave a searing impression. The track is another gem in Ryan’s already impressive oeuvre of husky-voiced ballads.

Included on the single are two other tracks; a full-band recording of “And It’s Such a Drag” (from his 2012 album In the Dusk of Everything) and a cover of Leonard Cohen‘s “Steer Your Way”, from the late songwriter’s final album You Want it Darker. On the former, Ryan bulks up the previously acoustic song with extra electric guitar muscle, transforming it into an anthem for failed romance. When the harmonica sweeps in at the end, the track becomes anything but a drag.

Covering Cohen feels like a right of passage for any artist, and Ryan was wise to tackle this newer, less familiar track. Both latter-era Cohen and Ryan have heavier, more reflective singing voices. While Cohen’s take on the song was mysterious, cloaking the song in Americana-inflected orchestration that hid the aura of the song in shadows, Ryan plays to his strengths and gives an aching delivery, accompanied by guitar and piano, that easily finds the tune’s emotional core.

You can find this excellent 3-song single on Matthew Ryan‘s bandcamp page, his website or on streaming platforms. It’s very much worth your support.