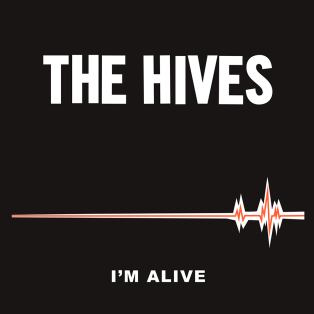 The Hives, one of the most polished and hardest rocking bands from the post-punk/garage rock early 2000s are back after a brief hiatus in music production with a new single and some great upcoming shows. The newest song, and the one that signals rebirth or resurrection 😉 is “I’m Alive.”

It conjures a stylistic, yet blasphemous image of a Howlin’ Pelle Almqvist dressed in period costume strutting away from the tomb where the rock has been rolled away while his disciple band mates blast this tight rock song with his iconic scream calling out “I’m Alive.” Or perhaps less offensively as a white walker on a wind blown frozen lake, flesh and clothing tattered and flaking away, same strut, same band marching along to the Wall (what a finale last night, right?). The exaggerated ego harnessed by The Hives opens their personality to broad interpretation.

Their first song in four years “I’m Alive” announces their reemergence onto the rock scene. Their last full length Lex Hives sounded a bit tired. It was still characteristic post-punk pitchy and earnest but had seemed to lose some of its self-awareness. Songs like “I Want More” seemed like odes to materialism rather than pointed criticism. It still had that dirty, shiny sound that they’ve perfected since Veni Vidi Vicious but it seemed like they needed a vacation. “I’m Alive” may be that revitalizer that sees the band grow up a bit. The sound hasn’t changed much but alludes to an evolution in tone and theme- I’m not invincible and untouchable, I can disappear, but I’m not done yet, “Here I am!”

They’re back, fired up and launching onto a super brief tour that culminates in San Diego on May 29th at the Observatory. Get down on this sick new single and go see them live soon. 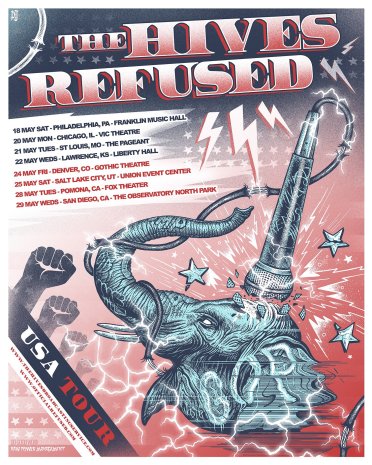