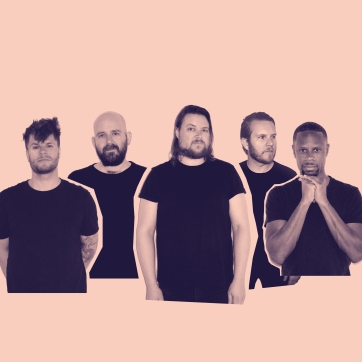 Album: Take the Light With You (Release date TBD)

Toronto’s Wildlife have been in the game for nearly ten years now, making waves across Canada with previous singles “Dead Century” and “Lightning Tent”. Their mix melodic indie rock and stadium-ready choruses have garnered comparisons to fellow Canadians Arcade Fire, minus that collective’s twee-tendencies.

On the heels of their next release, the band has dropped the single “Wasted”, an electric cut that is begging to be the rock anthem of the summer. Bristling with punk energy and produced with a sharp 80’s sheen, the single’s lyrics pack a dramatic punch. The romantic masochism in line like “I’m crashing on your shore. You can break my heart, break my spine. Cruelty is always hungry for companionship…” may sound like leftovers from The Smiths, but the band’s pop sensibilities are more akin to the energetic singalongs of The Killers than emo britpop.

The track should easily keep the group on playlists all over Canada, and here’s hoping the gatekeepers around the rest of the world give it a chance to take off. Take a listen to the track in our Check This 2019 Playlist, and keep an eye out for the full album.