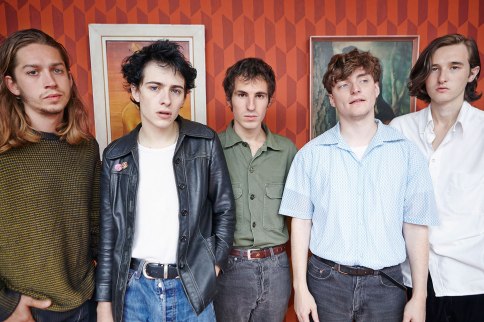 For British alt. pop group Swim Deep, their upcoming album is the start of a new era for the group, after ending a four-year hiatus as a newly-configured five piece. For those unfamiliar with the group, their debut album Where the Heaven Are We was released in 2013, and they toured the United States opening for The 1975 after the release of their second album Mothers.

It’s not hard to hear similarities with their past tour mates in their affinity for slightly off-kilter synth pop rock, filled with danceable rhythms and sunny harmonics, though the albums first single “To Feel Good” is a stand-out outlier. Melding spoken word and gospel (courtesy of the Social Singing Choir), the song manages to blunt its underlying darkness with a cozy warmth, making it both heartbreaking and hopeful at once.

You can watch the impactful video below, and listen to the track in our Check This 2019 Playlist!