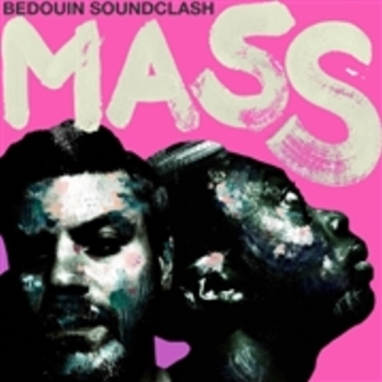 Today is a very exciting day, as our most anticipated album of 2019 has finally come out. The new Bedouin Soundclash LP has arrived, and it has lived up to my high expectations. Certainly in contention for album of the year.

But there are many other albums to be excited for out today as well; the latest from Pennsylvanian pop-punks The Menzingers have already captured me with their fantastic new singles so the album should be a keeper; Santa Barbara punk veterans Lagwagon are back with their first new one in years; Canadian singer-songwriter City and Colour‘s new collection will certainly be a thoughtful and beautiful album; and you can find out what we thought about the new Jellybricks album, out today, here. All of these and new albums from The Avett Brothers and GospelbeacH will certainly last you all next week.

In songs, The Who have dropped their second pre-release song from their upcoming new album. CHVRCHES have dropped a new track in tandem with the video game Death Stranding, and Craig Finn finally released the song I heard him play live last year and was disappointed did not make his new album. Add into that new music from Kurt Vile, Third Eye Blind, Mike Posner, a collaboration between Norah Jones and Mavis Staples, and The Interrupter‘s cover of Billie Eilish‘s “Bad Guy”, and I’d say we have a find music Friday.

Follow our playlist at the link above, and sample tracks below.

The Jellybricks – Some Kind of Lucky

City and Colour – A Pill for Loneliness

The Avett Brothers – Closer Than Together

The Who – All This Music Must Fade

Third Eye Blind – The Kids Are Coming (To Take You Down)

Ruston Kelly – All Too Well

King Princess – Hit the Back

Tom Walker – Better Half of Me