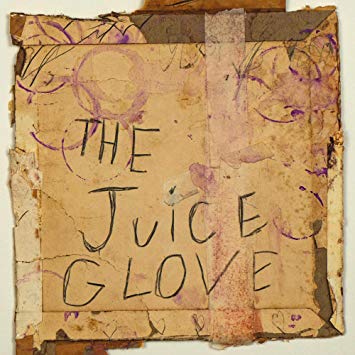 G. Love & Special Sauce is not the music you turn on for an evening of quiet introspection. It’s music you turn on and turn up for social gatherings, backyard parties and chilling on a shady porch on a scorching summer day. Garrett Dutton’s (aka G. Love) fusing of blues, rock, funk, soul and hip hop has allowed him to carve a niche in the music marketplace, and his latest album The Juice, co-produced and co-written with soul-blues songwriter Keb’ Mo’ fits perfectly into his oeuvre.

Love brings along a few other guests aside from Mo’ to join him, and all are pretty fitting collaborators. On opener and first single “The Juice”, a foot stomping, back porch blues number, Marcus King adds some chill guitar vibes to one of the more socially/politically aware tracks on the album, with Love singing “we are the change. We’ve had enough. We’ve got the juice. Time’s up.” On album highlight “Birmingham”, Robert Randolph joins G. Love to add some slick swaggering steel guitar to the upbeat hand-clapping track.

The Juice contains some of the catchiest songs G. Love has written. “Shake Your Hair” is basically his version of Billy Joel‘s “We Didn’t Start the Fire”, though it’s harder to gauge if he’s attempting the same kind of societal statement, or just having a good time. He’s certainly having a good time on “She’s the Rock”, a breezy pop rock number with a fine whistle solo that’s also a sweetly sincere love song.

As with most of his albums, The Juice showcases expert musicianship throughout. “Go Crazy” combines dance grooves and a hip hop beat with some jazzy guitar playing, while the finger-picked guitar and harmonica playing on “Diggin’ Roots” helps the campfire singalong shine a little brighter. That being said, even some of the best musicianship can’t cover-up some of the sillier lyrical moments here. It’s difficult to take anyone seriously singing about a “Soul-B-Que”, but the gospel choir, harmonica and great production help that song get away with it. The same can be said of the folky ragtime of “Drinkin’ Wine”, an ode to wine which doesn’t leave much of an impact.

As I said at the beginning, G. Love‘s music is the kind of soundtrack you’ll be wanting for your next party, so even a slightly forgettable track about vino plays well to keep the upbeat vibes going. Keb’ Mo’ brings out the authentic blues in G. Love‘s playing, though the mood of the album is far from bluesy. The Juice will please G. Love‘s loyal fan base, and will prick up the ears of anyone who can recognize solid musicianship.

The album drops on January 17th, and you can check out a few of the pre-released tracks below: