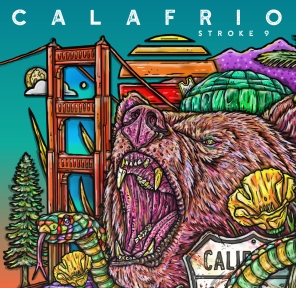 And now we start getting into the thick of the new year, with multiple notable new releases dropping at once! Twenty years after forming, CA rock band Stroke 9 have dropped their latest, which based on the pre-released singles, will likely be a chiller affair than previously rock-oriented albums. You can read our reviews of two other new releases, the latest from political punks Anti-Flag and genre-mashing songwriter G. Love & Special Sauce here and here. Early 00’s alternative group And You Will Know Us By the Trail of Dead and pop-punk band Mest are back after a long break with new albums.

Oh, and did I mention that Eminem surprise-dropped a new album? Yup, he did. Again.

There are also some exciting new songs to hear; the latest from Green Day in anticipation of their new album dropping next month, the new single from The 1975, which is a far more melodic track compared to their other recent releases, alt. R&B spacey goodness from Thundercat, and new ones from The Bombpops, Kaleo, The Drive-By Truckers, Moby, the Naked and Famous, Soccer Mommy and many more!

Make it easy on yourself and listen to the playlist below, and follow us on Spotify to keep up with all the latest new music and playlists.