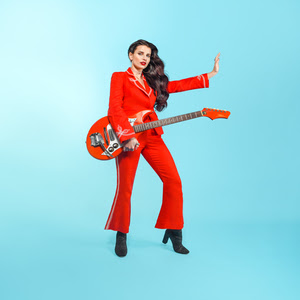 Song: “My Own Worst Enemy”

Album: The Making of Me EP

Australian singer-songwriter Imogen Clark has been a prolific songwriter the last decade. Debuting with the album Sky Stands Still in 2010, she’s released four full lengths, most recently 2018’s Collide. With each album, her sound has continued to evolve, originally focusing on stripped down, acoustic folk/alt. country, leading all the way up to her most recent single, the exuberant “My Own Worst Enemy”.

Written with Alex Lahey, who’s most recent album was one of our Top Ten of 2019, “My Own Worst Enemy” finds Clark in full-on pop rock mode. Powered by riotous drums and shimmering electric guitars and synths, the song hits every right melodic note. Clark also catches us with some memorable lyrics; “I’ve been reminiscing about the things you said. You’ve been talking bullshit under wet cement”. This is a track that would be #1 on Hot AC stations back when they weren’t afraid of guitars.

Gear this song up for the summer months. Watch the video above, or listen to the track in our Check This 2020 Playlist!