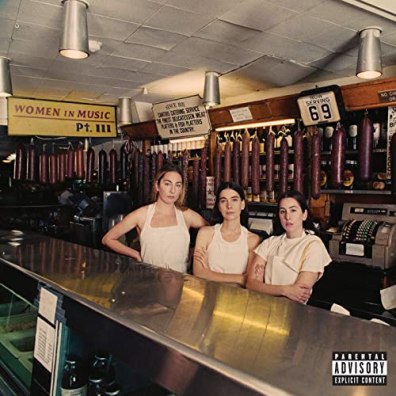 Can you believe the year is just about half over? I’m sure most of you wishes it was completely over – we can all admit, 2020 doesn’t have much going for it. Except some great new music.

And you’ll find certainly one great new release today from Haim. The sister group is releasing their long-awaited third album, and the reviews for it have been fantastic (if the already released tracks didn’t give it away). Two other notable albums out today are the latest from troubadour Ray LaMontagne and alt. country upstart Will Hoge.

In songs, we’re always happy to welcome new tracks by some of our favorites like The Lawrence Arms, The Streets, and Strike Anywhere. There’s new tracks from veterans the Psychedelic Furs and the (formerly Dixie) Chicks. We’re also glad to welcome a new track from previous Check This artist Tugboat Captain. And while we generally don’t follow traditional mainstream country, Eric Church has continued to blaze a trail of his own, and his latest single is a fiery button-pusher worth hearing.

For the first time in 19 years, we have a new song by Semisonic (of “Closing Time” fame), as well as one of the first new songs from Ben Folds in ages. There’s also been a long pause since the last time we got new music from Delta Spirit, but that drought has ended today. Throw in more new songs from Tropidelic, Big Boi, Paul Weller, S.G. Goodman, LolaWolf, Missio, City & Colour and Burna Boy…you’ll find you have a solid summer soundtrack.

Every week we’ve been creating new playlist for each New Music Friday, and starting from here forward, there will be only one single playlist, updated every Friday, so make sure to get a listen in and find the new tunes you like as by next Friday, everything will be new again!

Make sure to follow this final New Music Friday Playlist to keep up with all the new tunes each week!